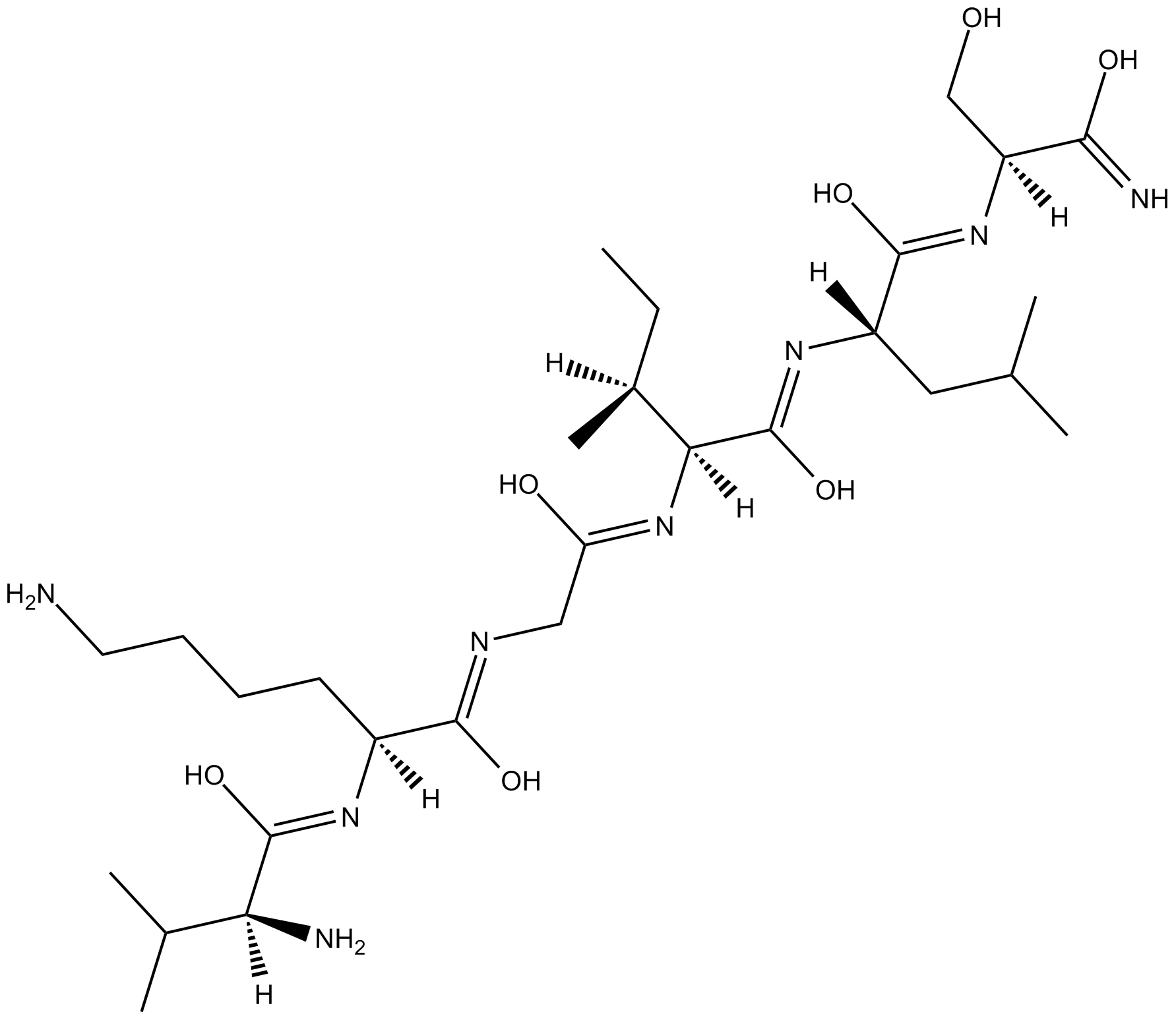 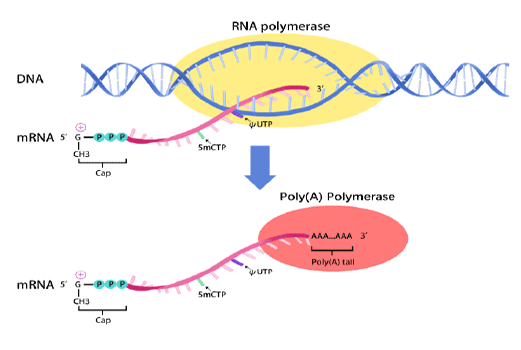 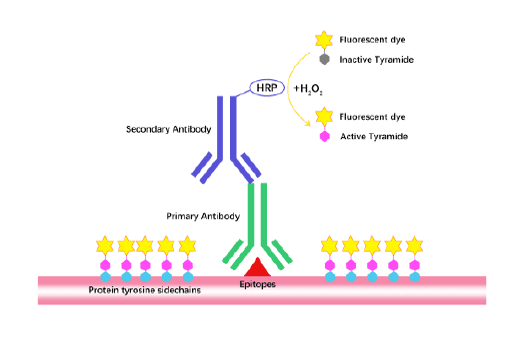 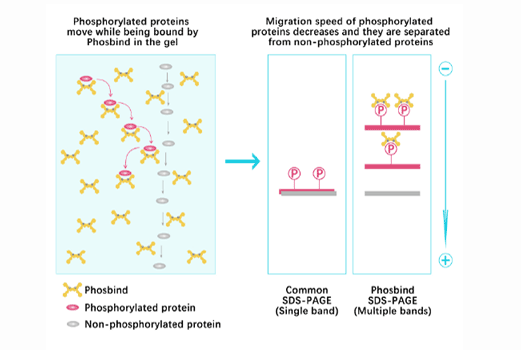 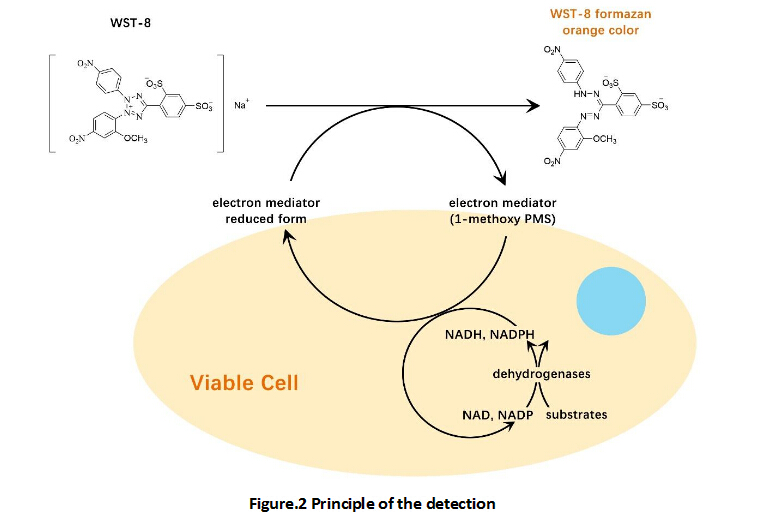 VKGILS-NH2 serves as the reversed amino acid sequence control peptide for SLIGKV-NH2, a protease-activated receptor 2 (PAR2) agonist. PARs are a group of G-protein-coupled receptors existing in several cell types. Up to date, four PAR members including PAR1 to 4 have been identified, cloned and designated. PAR2 is expressed in the respiratory and gastrointestinal tracts. It is suggested that the activation of PAR2 is closely correlated with inflammatory evens in various cells and tissues. PAR2 has also been identified to induce protease activation and therefore result in systemic hypotension. [1]

In vitro: The PAR2 activating peptide AP (SLIGKV-NH2) and the reverse peptide control RP (VKGILS-NH2) were used in one study to reveal that PAR2 slightly enhanced mucin secretion by human bronchial epithelial cells in vitro. According to this study, compared to cells treated with VKGILS-NH2, exposure of cells to the synthetic PAR2 agonist peptide (SLIGKV-NH2) for 30 mins resulted in a weak but statistically significant increase in mucin secretion at concentrations of 100 and 1000M. [1]

Clinical trial: PAR2 activating peptide, SLIGKV-NH2, and its reverse-sequence control peptide VKGILS-NH2 were synthesized to verify the hypothesis that in vivo activation of PAR2 in humans would cause vasodilatation. The result of this study showed that, in forearm resistance vessels, SLIGKV-NH2 triggered a dose-dependent dilatation, while VKGILS-NH2 had no significant effect. [3] 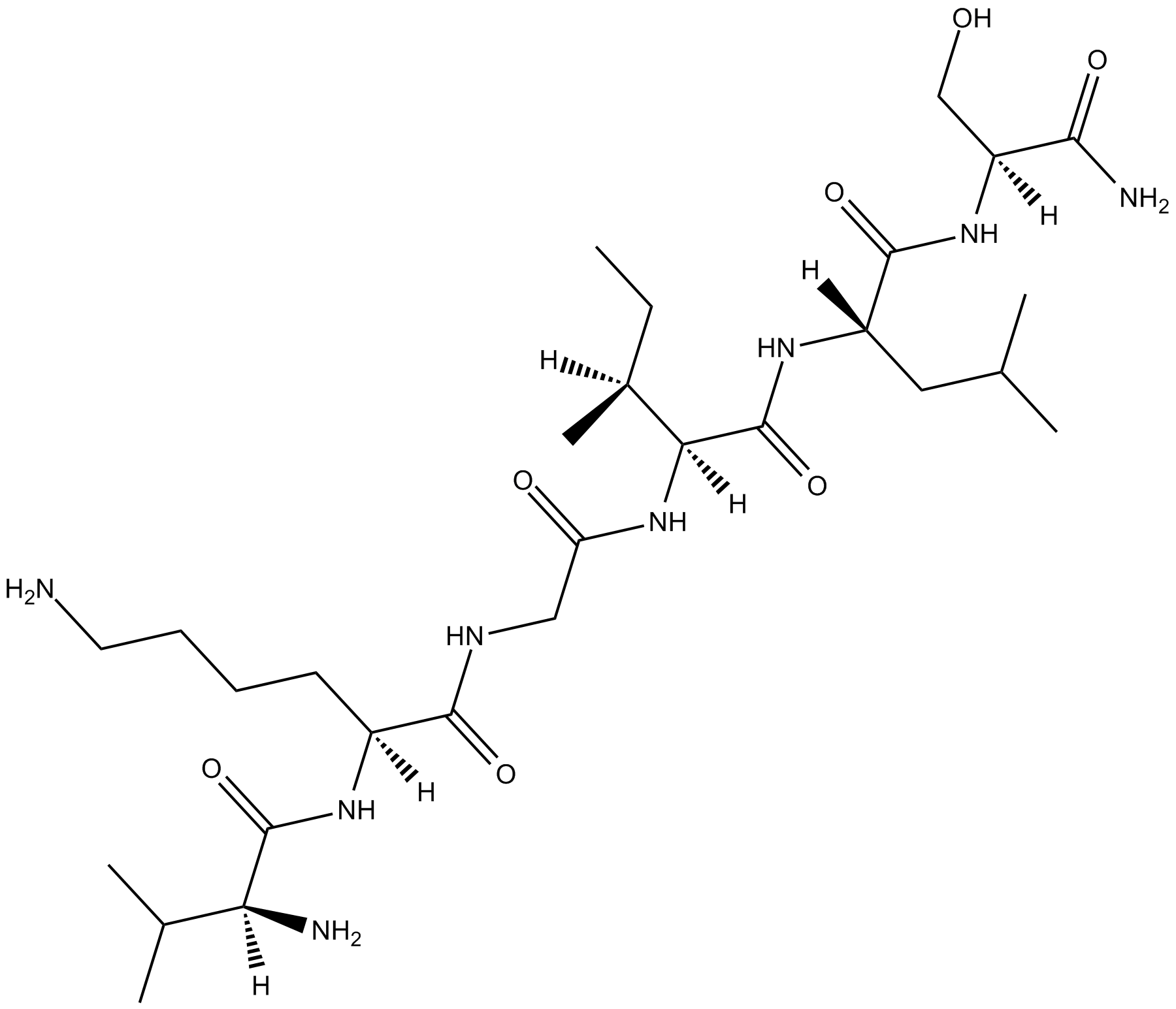